Blockchain technology is being used to revolutionize the financial and technical industries. More jobs are available with companies looking to capitalize on this growing financial technology (fintech). Three skills needed to keep up and get a job in this field are cryptography, GitHub, and C++.

When a person sends Bitcoin to someone as a form of payment, this transaction (data) needs to be verified. The verification validate the transactions meaning that they are what they purport to be. To learn about cryptography there are many free courses online including:

If you want to work on blockchain technologies, then learn how to use GitHub. GitHub is a Git repository hosting service. Git is an open-source version control system. Version control systems keep software revisions straight, storing code modifications in a central repository and allow easy collaboration between developers. Like Bitcoin most projects on GitHub are open source allowing anyone to copy and make new versions with their changes. In March 2017 the number of projects involving Bitcoin on Github, crossed over 10,000 and is still growing. There are many free and paid guides on how to learn and use GitHub online including:

The final skill to learn is the programming language C++, the default language of Bitcoin. C++ is a general-purpose object-oriented programming language and because the foremost priority of Bitcoin is security, using C++ makes it difficult for transactions to be hacked. Free and paid sources for learning C++ are all over the internet and developers are eagerly sought by companies dealing with the Bitcoin blockchain.

The blockchain is not static and is always changing. New technologies are being formed from when the original Bitcoin genesis block was created in 2009. As new technologies evolve, new skills will definitely be needed to keep pace with this exciting and bourgeoning field. 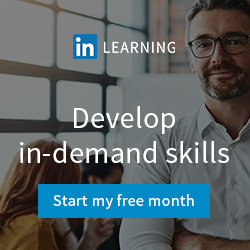